To comprehensively train ethical, caring, creative, humanistic, critical thinking, reflective and innovative nursing professionals. Competent in the field of professional health care for individuals, families and communities, applying a holistic approach, supported by the Nursing Process as a scientific methodology to provide care. And, capable of performing at the local, national, cross-border and international level.

The UABC Nursing Faculty is nationally and internationally recognized for training high quality, committed, socially responsible undergraduate and graduate nursing professionals, and for its contribution to the scientific development of nursing, as well as for the innovative knowledge application in the face of current and emerging health challenges in clinical and community settings. 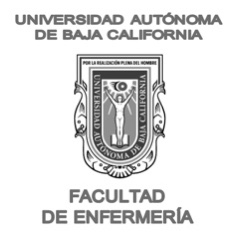 To train nursing professionals through solid scientific knowledge, with a high ethical and humanistic significance, competent to perform as: care provider, educator, administrator and researcher. Nursing professionals will be able to promote health and intervene in problems´ solutions for the individual, family and community level, in all stages of life, in health and illness, thereby improving the population life quality.

Main events in the history of the UABC Nursing School

The Nursing School was founded in 1951, as part of the State Institute of Sciences and Arts in the current building of Culture House. The founding Dean was the MD. Francisco Dueñas Montes, in response to the demand of training health care staff by the local hospitals. In the year of 1953, being the MD. Gamaliel Gutierréz Sánchez the head teacher, the only requirement for applying to the school was an elementary education certificate. However, with the institution of the Autonomous University of Baja California in 1957, with the university rector MD. Santos Silva Cota, the Nursing School became part of the university and the academic standards were upgraded. The official incorporation of the school into the university was on August 1st of 1959, and from september of that year it became part of the National Association of Universities and Institutions of Higher Education Programs, improving the undergraduate program, and asking for high school diploma to join in. In that period of time, the enrollment was 100 female students.

From 1967 to 1980, and under the leadership of MD. Arcadio Chacón Mendoza (67-73) and Alfredo Santaella Gross (74-80), the location and premises of the Nursing School transform. The former property of the Civil Hospital of Mexicali hosts until this day the installations of the school. During the guidance of MD. José Mayagoitia Gómez (1980-1984), the specialization programs for the graduates as auxiliary nurses were created and implemented, until the bachelor’s degree program was designed (1994). As a preparation for this process, and in nexus with the Autonomous National University of Mexico, nurses from the State were qualified as a registered nurse with a levelling program. The first class graduated in 1991, the same year where the first nurse took the dean office: Lic. María Irma Ruiz Chávez. During the Lic. María Irma Ruiz Chávez period of leadership (1991-1999) the Nursing School educated the first generation of registered nurses (27 graduates), developed the first international exchange agreement.

In 1999 the first registered nurse, and former student of the Nursing School, served as Head teacher: the RN. Andrea Verdugo Batiz. During that period of time (1999 to 2003) the Levelling program for auxiliaries was approved, and the Auxiliary Program was certified by the Mexican Federation of Nursing Schools.

The RN. Anabel Magaña Rosas guided the employees efforts to accomplish the master training, and in 2005 the Master Health Sciences program was approved by the university with a branch in the Nursing School, evolving to Nursing Faculty. Also, during her two Dean periods (2003-2011), the registered nurse program obtained the quality certificate by the National Council of Nursing Accreditation (2005), and the Faculty gained social recognition with the opening of the Community Attention Center, and the Health Promotion and Attention Center in 2006. In addition, the installations were remodeled, the registered nurse program was updated and re-certified, with the integration of a common base of classes for the health students: nursing, medicine and odontologist (2010), and the first Environmental Quality certification was accomplished (2008). These changes result in the closing of the Auxiliary Nursing program, with a last graduate class in 2008.

In October of 2011 assumed the responsibility of the Nursing Faculty, the RN. Bertha Cisneros Ruiz, and up until 2015 the evolution of the investigation process was tangible: The Health Science Master program was incorporated to the National Postgraduate Programs with Quality, in 2012 the first formal investigation group was recognizing in a national level, and two buildings were erected to sustain the growth of the Faculty, achieving a second re-certification of the nursing program in 2015. In August of 2013, the new students of all health training programs (medicine, nursing and odontologist) initiated classes in the Sciences Health Unit.

From 2015 to 2019, the MHS. Ulises Rieke Campoy managed to improve the Academic Group Community Health, re-certificate the school in environmental processes, and reinforce the participation with other faculties in the country through the participation in states, national and international academic and investigation alliances. Additionally, the second Health Promotion and Attention Center, and a Polyclinic was inaugurated, and a new Academic Group was recognized (“Quality of Life”).

In the course of time, several full-time professors of this Faculty had been honored by the university for their labor and experience: In February 2011, the Master Rosa Icela Esparza Betancourt received the Academic Achievement Award in Health Sciences. Then, the Doctorate Gisela Ponce y Ponce de León earned this award in 2013. And, in the same year, the RN. María Irma Ruiz Chávez, former Dean, was renowned as Emeritus Professor by the University in 2014.

Currently, this academic unit is run by the MHS. Leticia Gabriela Rodríguez Pedraza from October 2019, and until 2023.

Therefore, the outlined aspects showed the constant development of the Nursing Faculty, framed in the quality of education, ongoing progress, and the strengthening of the professors, to benefit the students’ education and the graduate’s professional opportunities. 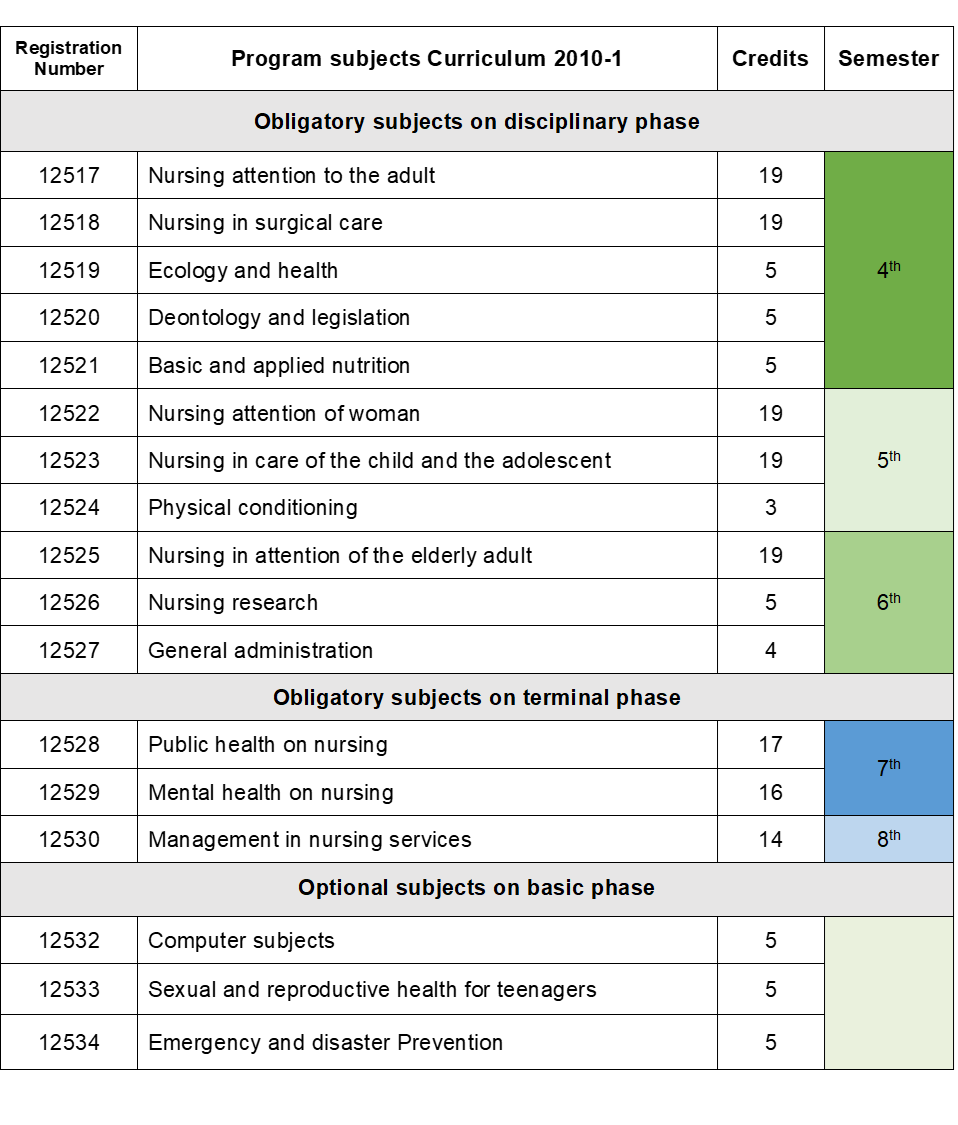 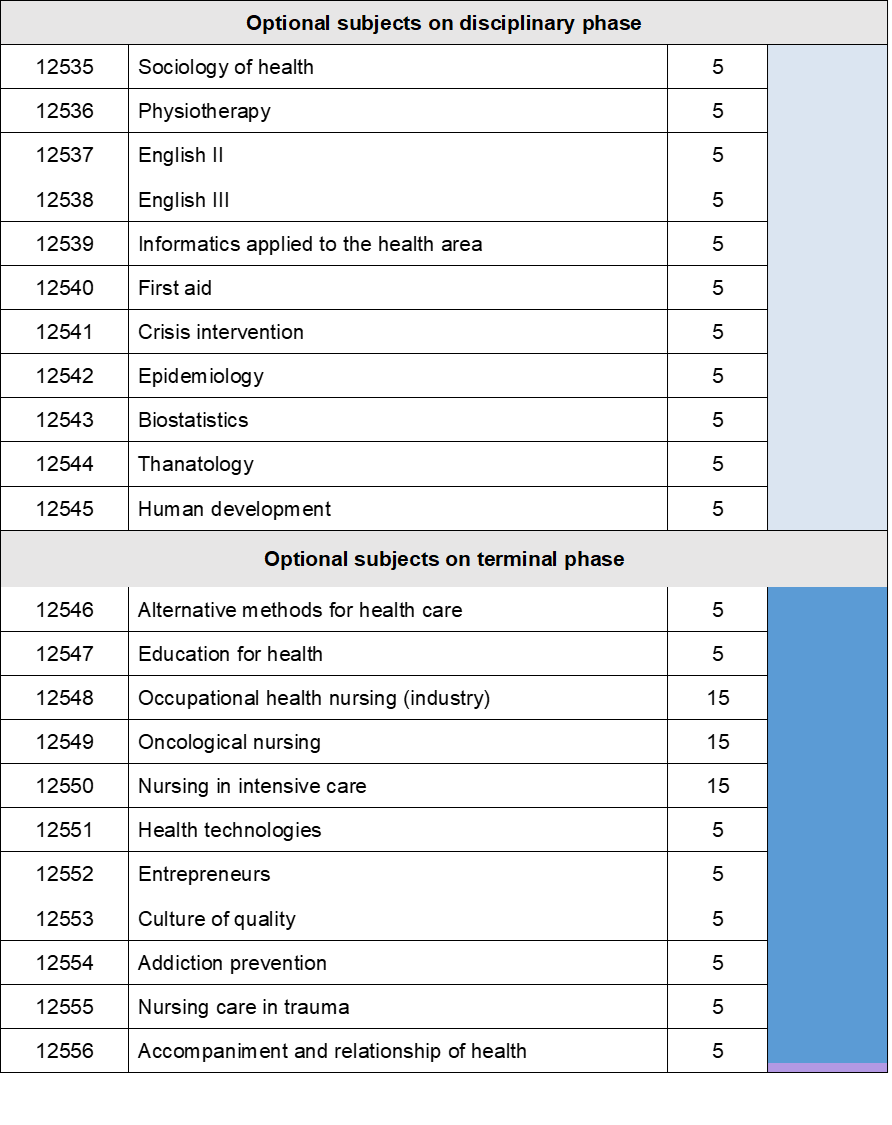 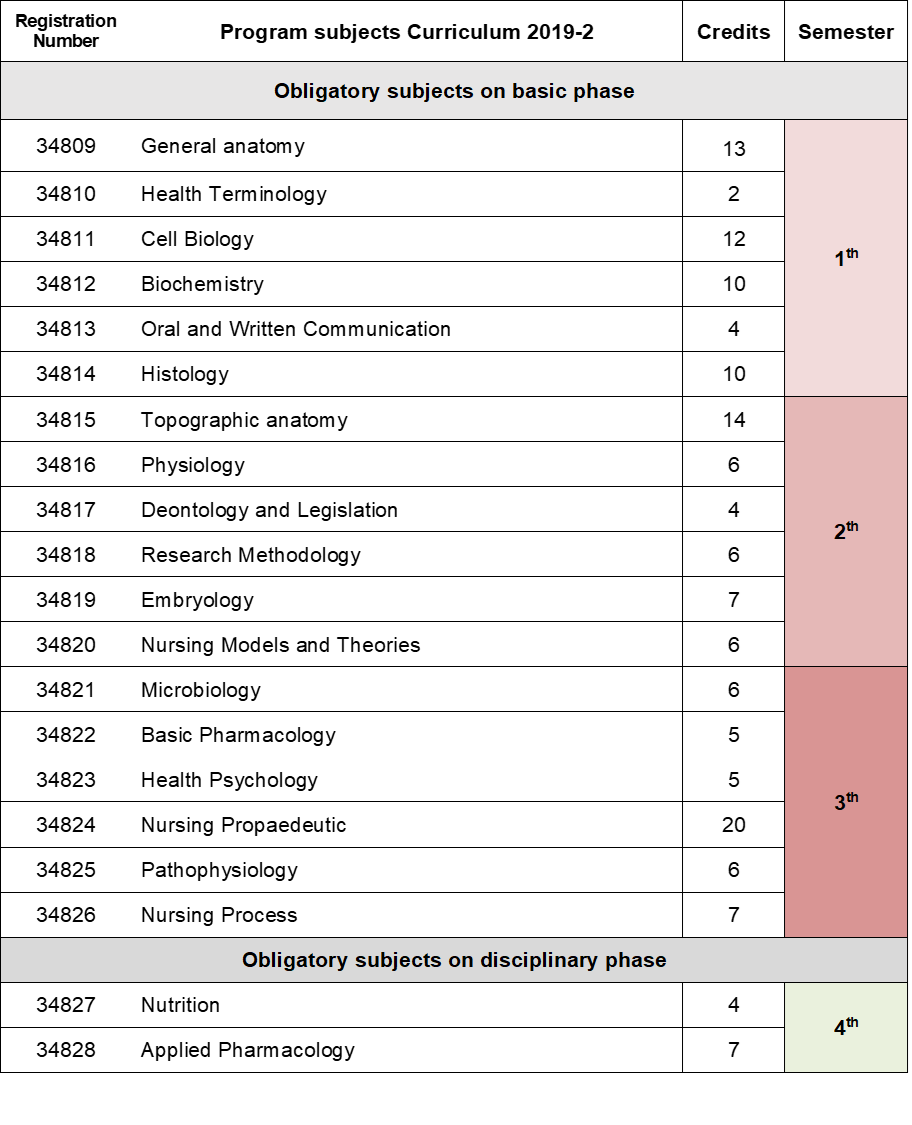 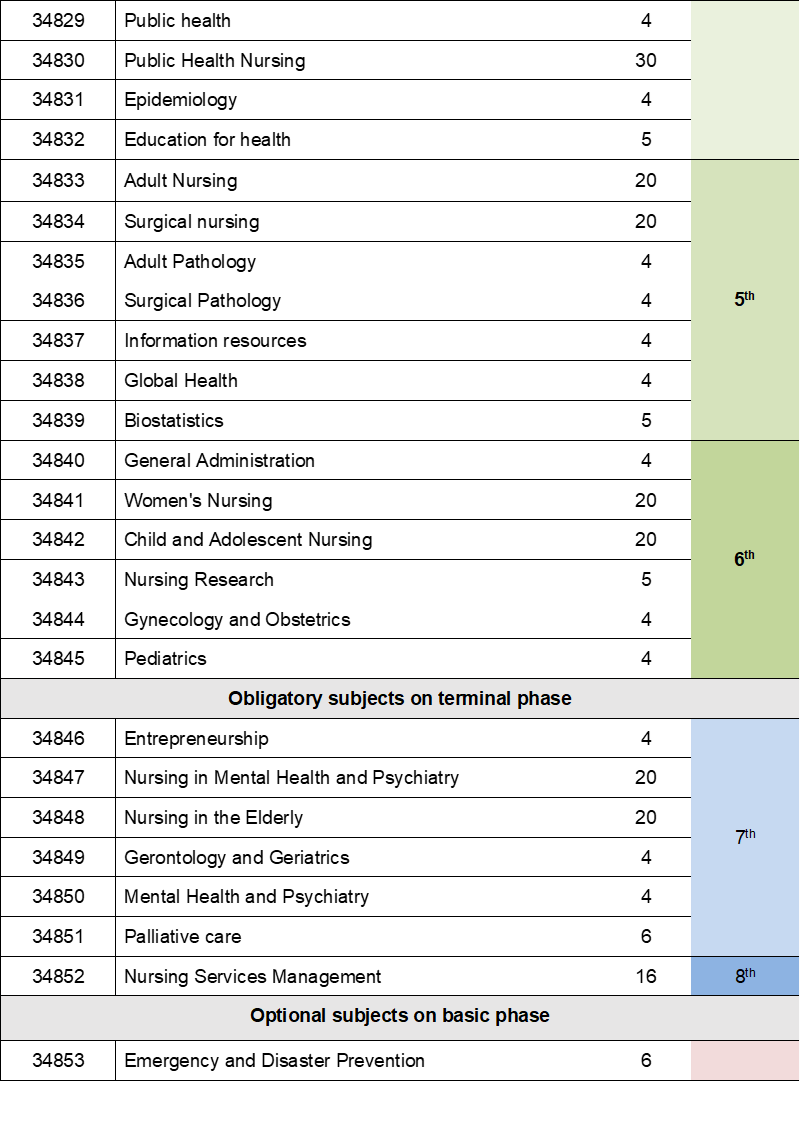 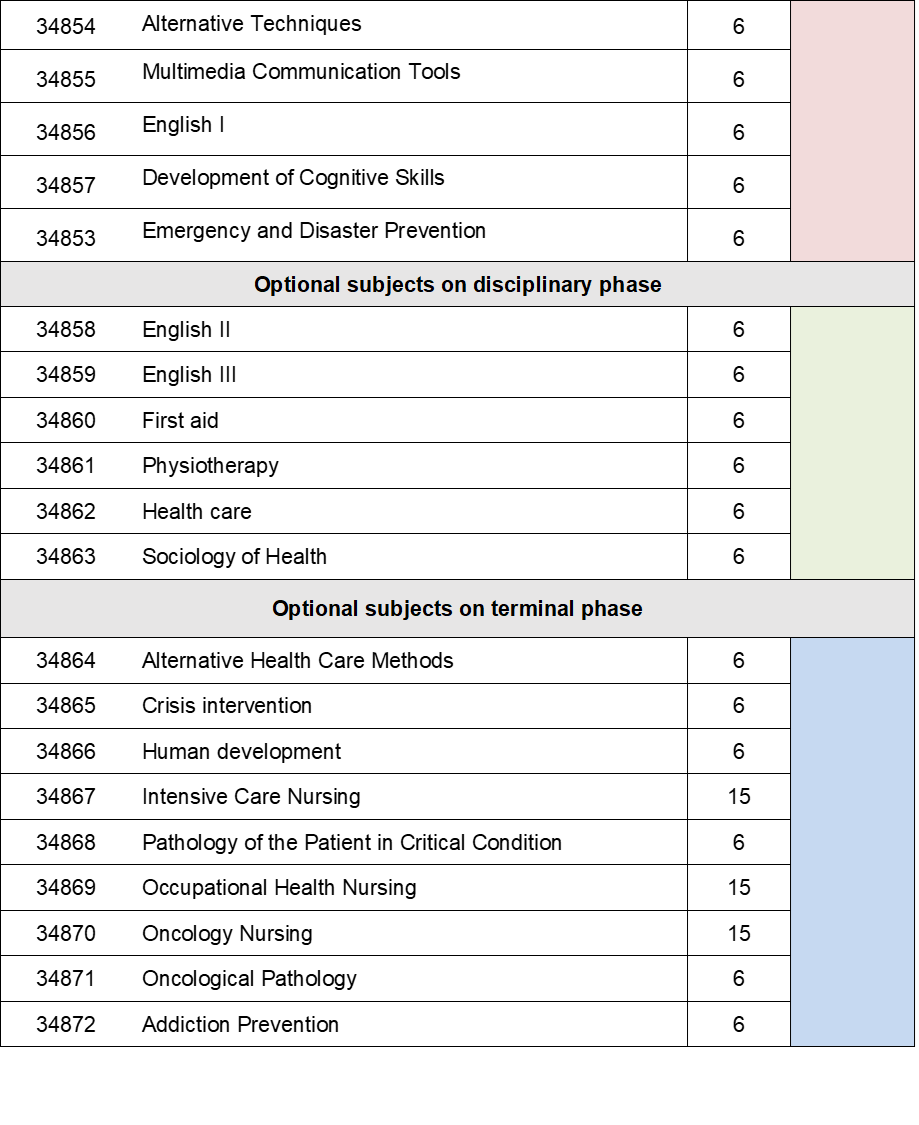